If I were to ask you how you found your favorite rock band, where does your mind immediately wonder?

Maybe you remember that time you were hanging out with your cool Uncle Jeff down in the basement after christmas dinner, and he surprised you with your first record player and “Dark Side of the Moon.” Or maybe it was that outcast kid Eric who always sat in the back of class, smelling of weed, and he introduced you to “Static Age” on a walkman with one of the ear pieces busted. Me? well…

I have a secret.

I’d love to say my background story was anywhere near as “punk rock” and “cred worthy” as yours may be. I didn’t have an Uncle Jeff to show me cool tunes. I grew up in football country where everyone was listening to whatever was current on country radio at that time, or Jock Jams (remember those?) My dad was in to Randy Travis. My mom was in to Cher. As far as rock n’ roll was concerned, I was on my own. So, how did I find my love for all things loud, nasty, and vulgar?

Jimmy Ray came out at a time when the bubble gum shit was all over the tv and radio. Even the rock was kind of watered down and boring. Aside from a few select bands or albums that came out around that time, nothing really stuck with me. As far as I was concerned, it was all just too bland. The “hot” thing on the radio just sounded like that other “hot” thing you heard right before and after. But, Jimmy Ray? No. Jimmy Ray had a great big sack full of middle fingers for the norm. With a love for all things old and full of swagger with a few dancy tricks up his sleeve thanks to his time with Alternative Vision, he was ready to make pop radio fun again. While Christina Aguilera was singing about being a genie and N*SYNC were singing about wanting Santa Clause to watch them have relations with their girlfriends under a christmas tree (Seriously. Go look up the lyrics to “Under My Tree.” I’ll wait), Jimmy Ray was going to Vegas. He was mugged by a woman he was just trying to spend a little time with. All this while he was being confused for a multitude of iconic actors and an actress (and also a car) in his biggest hit, “Are you Jimmy Ray?” This man, with his perfectly disheveled coif, aimed to bring some semblance of that good, old fashioned rock n’ roll sound back to pop radio the same way his idols Elvis, Buddy Holly, and the rest of the greats of their time had.

In a perfect world, he would have succeeded. But, alas, the record buying public just didn’t want to give up the sugar coated nonsense that was shredding apart the speakers at their local swimming pools and local walmarts. They just weren’t ready.  I was. This is how I grew to love Elvis.

Side note: I still listen to his self titled album unapologetically and without irony. I’ve been known to only myself because I’d hate for my friends and loved ones to know what a strange person I truly am in my free time to have this very specific dialogue with the chorus of “Are You Jimmy Ray?” in my car. I will share it with you here, verbatim:

He’s been out of the scene for a little while. During his time away, he created his own record label, “La Rocka” records; a kind of dream of his even before his first record was released. He’s been writing and recording and maintaining a modest appearance on social media for the ones who still love him. By all means, Jimmy could have allowed his time away from the radio harden his heart. He could have grown bitter with the listening public and the industry itself. Instead, He’s taken his time creating the album HE wanted to make in hopes we will enjoy it. Succeed or fail, it’s his vision and it’s becoming increasingly obvious it’s going to be on his terms, all the while being an absolute sweetheart to those who still support him openly. When’s the last time you tried to say “hi” to your favorite pop artist? What did you get in response? Me, I got banned by Drake one drunken night. Inside jokes are fun.

There’s one thing I want you to do before you continue reading this review: take everything you know and remember of late 90’s Jimmy Ray and throw it entirely out the window. Forget EVERYTHING you know. Are you ready? Good. Here we go.

“Live To Fight Another Day” plays more like a lost album from an obscure artist from Elvis’ generation than it does anything from his first album. The album opens up with the title track with this nice swagger. It’s immediately obvious to me that this is what he intended the first album to sound like just by listening to the overall instrumentation. From there, we find this song open up from standard rock groove to an almost funk song, and it meshes together surprisingly well. “Who Wants To Know?” is a reworking of “Are you Jimmy Ray?” and… holy shit, is this song good. Here, we find Jimmy being one pair of black, plastic framed glasses away from being Buddy Holly covering his own song, and it’s just fun. The original was fun enough, But this just upped the ante.

“Things Start Moving” is probably the best song I’ve ever heard about, what I’m assuming, to be an erection. You can take that as a good thing from a person like me, as I’ve heard a many number of songs about getting erections. Previous to this song, my favorite was “Erection” by The Faint. That song is now a solid (no pun intended) second. “They Don’t Make ‘Em Like They Used To” is basically an unreleased Elvis B-Side, and it’s phenomenal.

Do you want a dance song? Remember when I said Jimmy had a history with Alternative Vision? What I failed to mention is that Alternative Vision was an electronic act. With songs such as “I Want to Trance You” and “Funk De Fino,” this man was built to make you dance. While he’s gyrating his hips behind his guitar, he expects to see some gyrating asses on that dance floor, and he absolutely intends for you to understand this. Following this, “Dangerous Feeling” hits, and i’m immediately reminded of Marvin Gaye. My favorite album of all time so happens to be “What’s going on,” and I can honestly say this song is my absolute favorite of the bunch. It’s so chill, the saxophone and trumpets really help accentuate the strength of his voice, just the way they did on said Marvin Gaye album. Would I call this song perfect? Yes. Yes, I’m calling this song perfect. The only way it could be any better is if Marvin Gaye himself were to somehow come back to life and sing the song his own self.

This album closes with “I Love You (in the Back of my Mind),” a song framed in doo wops, a harp, and bells. It’s gentle, relaxing, and absolutely sarcastic as hell.

If you’re familiar with my previous output for this website, you may notice a considerable difference in overall tone for this review. My original intentions were to write a straightforward review offering the ups and downs of this album and allow you, the reader, to make up your mind over if this is the right album for you. Plans changed as I hit play and realized how much fun I was having listening to this album. It’s not only the music that’s put me in such a playful mood, but the overall story behind this album. Jimmy has been away from the radio for 20 years now, and he could have made it a point to rehash what got him big in the first place for his comeback. He could have stayed away, disheartened by the outcome of his first attempt, and never reemerge on wax. He could have held on to his glory days and remained arrogant towards his fans for their lack of experiences that he’s had. He didn’t. Instead, Jimmy spent over 2 years working on this album; writing, recording, self-funding, and pushing hints of his creation to his waiting audience while maintaining an air of modesty in all that he did as he did it. From the bottom of my heart, I sincerely feel this album has had an affect on me that no album has had on me in quite some time, and that’s instilling a feeling of excitement in me for what’s to come.

In a perfect world, the music listening public will latch on to this album and accept it as it’s own body of work without attempting to draw parallels between it and the first album. If anyone deserves that second chance, it’s Jimmy. Though I know it’s one small step, I certainly hope this review helps inspire enough curiosity to properly offer it.

You can listen to this record now at https://jimmyray.bandcamp.com/releases. Click play, and let the troubles of the world melt away.

ain’t much denying that the new release from small town titans, the ride, starts off strong and powerful. “rufflin feathers”…

I wasn’t going to review the new Godsmack. New release, power rock, energetic as you can get…yea. Godsmack. I love…

Formed in 2001 by OKC guitarist Joe Garvey and drummer Cody Hanson, Hinder has certainly seen some changes in themselves…

there’s always a sense of power when i listen to daughtry. a natural vibrato of pure emotion that pulls you… 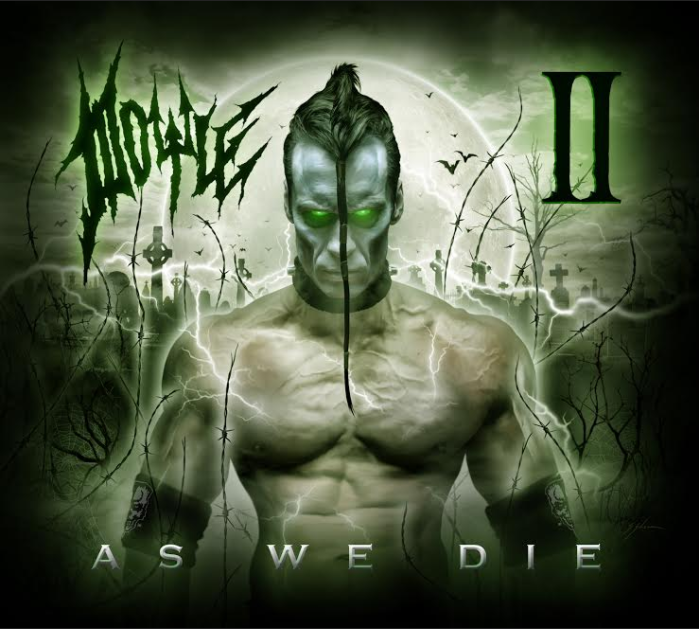 Doyle II – As We Die

For the handful of you out there who may be unfamiliar, Doyle got his start as the guitarist for the…

The Joker – A Haunting Reflection of Our Modern World

May Icepick – The Damn Truth

the other day i was engaged in a usual hobby of looking for the best cover of “gimme shelter”. believe…

When I heard Jack Russell’s Great White would be releasing their debut album, I was beyond excited. Finally, new music…

When I agreed to write this review, I fully intended to write a full, comprehensive breakdown for anyone unfamiliar with…

While we do have a submissions folder for new music, our recent shift to more nationals coupled with the flood…

ok – in before the 15th so i’m ahead of the game! sorry about missing my show last thursday but…